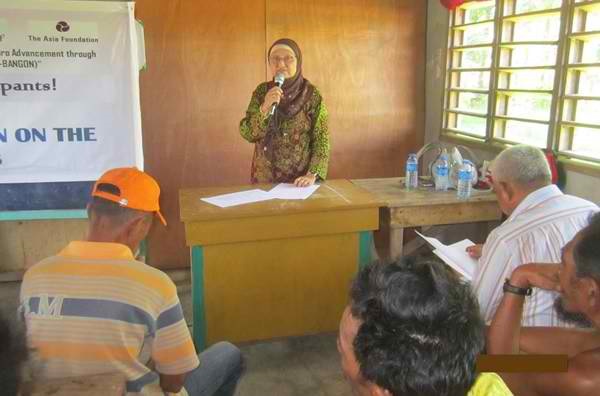 Kadtabanga Foundation Executive Director Giobay S. Diocolano said in her Opening Message that the orientation is part of the activities of a project they are currently implementing in selected municipalities of Maguindanao entitled “Building Autonomous and Stable Institutions and Communities for Bangsamoro Advancement through National-level and Grassroots Organizations and Networks or B-BANGON.”

“Generally, this project seeks to ensure that the peace process is more credible and widely supported by all stakeholders, and strengthens local mechanisms for averting the escalation of violence that could affect the progress of the peace process. It was implemented by four local CSOs, such as Kadtabanga Foundation, Moro Women Development and Cultural Center (MWDECC), Mindanao Action for Peace and Development Initiatives (MAPAD), and Bangsamoro Center for Justpeace in the Philippines (BCJP) in partnership with Australian Government and The Asia Foundation (TAF),” she elaborated.

“This project is being implemented in the 23 municipalities of Maguindanao with Peace and Development Communities (PDCs) and/or those areas where settlers and indigenous peoples (IPs) are predominant,” she added.

Prof. Raby Angkal briefly discussed Bangsamoro History and some salient provisions of the Comprehensive Agreement on the Bangsamoro (CAB) and the Bangsamoro Basic Law (BBL). Open Forum followed to give chance to the participants to share views and ask questions. END_OF_DOCUMENT_TOKEN_TO_BE_REPLACED 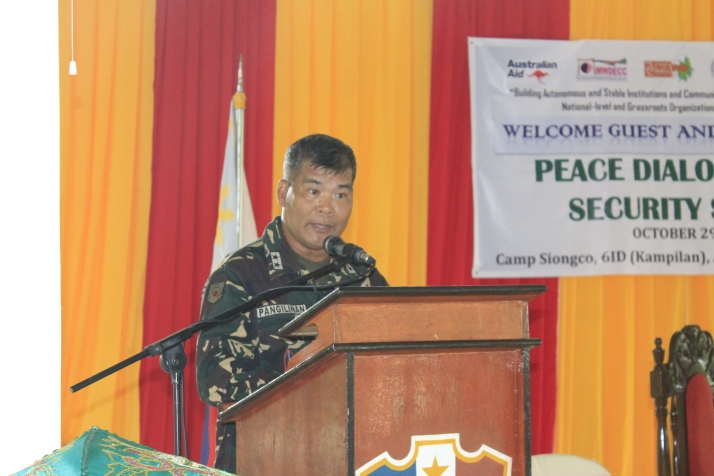 “It is one of the series of activities we are currently implementing under the “Building Autonomous and Stable Institutions and Communities for Bangsamoro Advancement through National-level and Grassroots Organizations and Networks (B-BANGON)” project in partnership with the Australian Government and The Asia Foundation (TAF),” Amella said. END_OF_DOCUMENT_TOKEN_TO_BE_REPLACED 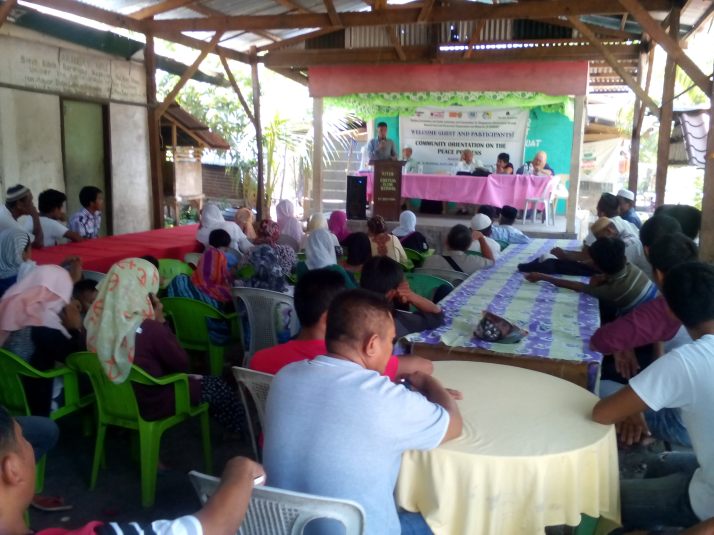 The more than one hundred residents of the said barangay that attended the activity coming from different sectors such as women, youth, farmers, elders and others.

Ms. Jehan A. Usop, Project Officer of MWDECC, said that the activity was organized and facilitated by Bangsamoro Center for Justpeace in the Philippines, Inc. (BCJP) and Moro Women Development and Cultural Center, Inc. (MWDECC) in partnership with the Local Government Unit of Datu Anggal Midtimbang.

“This is one of the series of activities under the “Popularizing the Peace Process” component of the B-BANGON Project we are currently implementing in the different municipalities of Maguindanao,” she said.

Topics on the History of the Peace Process, Comprehensive Agreement on the Bangsamoro (CAB) and the Bangsamoro Basic Law (BBL) were discussed by the different resource persons invited by the facilitators. After the discussion, there was an Open Forum to let the participants ask questions and clarify things that are not clear to them.

Mr. Tungko B. Tadtagan, Executive Director of BCJP, said that the leadership of the municipality expressed their appreciation to the organizers of the activity for their efforts in educating their constituents regarding the status of the peace process especially the Bangsamoro Basic Law.

“The B-BANGON or Building Autonomous and Stable Institutions and Communities for Bangsamoro Advancement through National-level and Grassroots Organizations and Networks is a project that aimed to ensure that the peace process is more credible and widely supported, and the local mechanisms for averting the escalation of violence is strengthened,” he added. 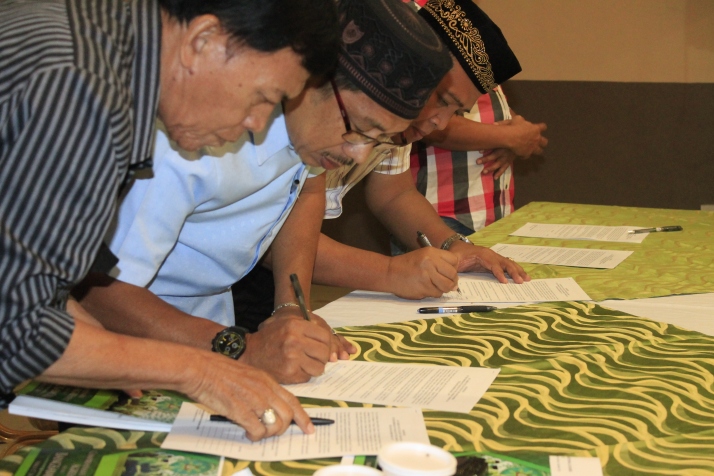 July 24, 2015 – The Traditional Leaders and Royal Ladies of the Bangsamoro representing various sultanates in the Bangsamoro core territory were gathered for a Peace Dialogue   on July 22, 2015 at the Alnor Convention Center, Cotabato City came up with a Manifesto calling on congress to immediately pass the agreed version of the Bangsamoro Basic Law (BBL) submitted by the Office of the President.

“We are now worried, however, by the fact that the document crafted by the BTC and agreed upon by the Office of the President is now substituted with another version – HB 5811 – whose provisions are inconsistent with the CAB,” Manifesto said.

“There are also provisions that will inevitably result to a Bangsamoro government that is even less autonomous than the present ARMM, it further said.”

The group is firm in their stance that the amendments made are unacceptable.

“We want a basic law that will address the legitimate grievances of – and correct the historical injustices committed against – the Bangsamoro.”

Baina T. Samayatin, Executive Director of MWDECC, said that this is one of the series of activities under the “Popularizing the Peace Process program” that are currently implemented to ensure that the peace process is widely supported by all stakeholders.

Samsodin C. Amella, Executive Director of MAPAD, said that the dialogue is aimed at hearing the views and opinions of the participants on the peace process. 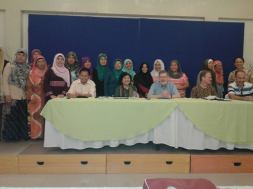 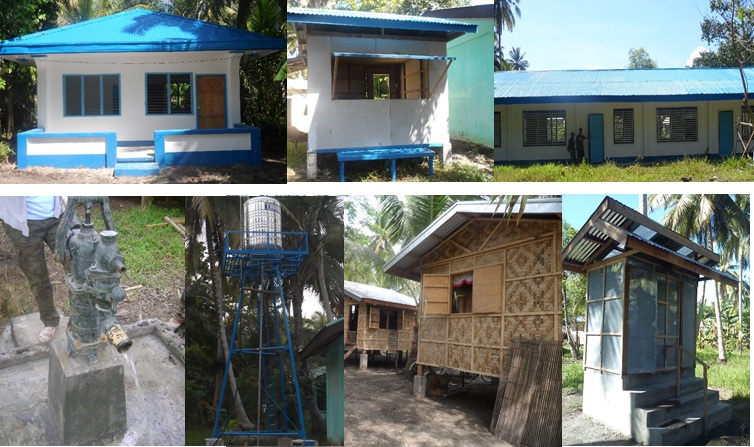 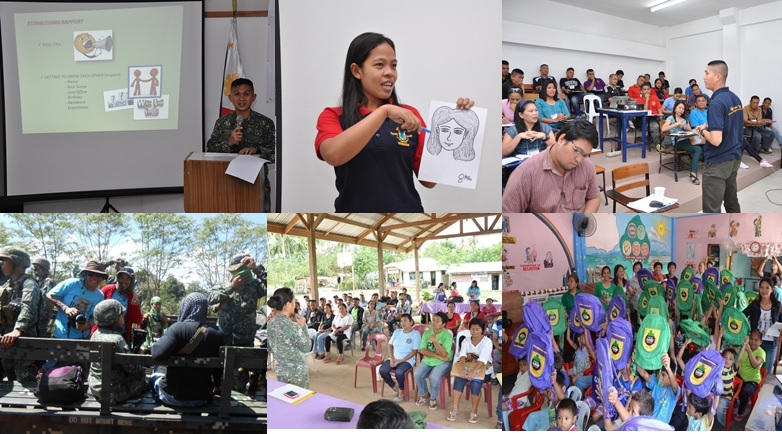 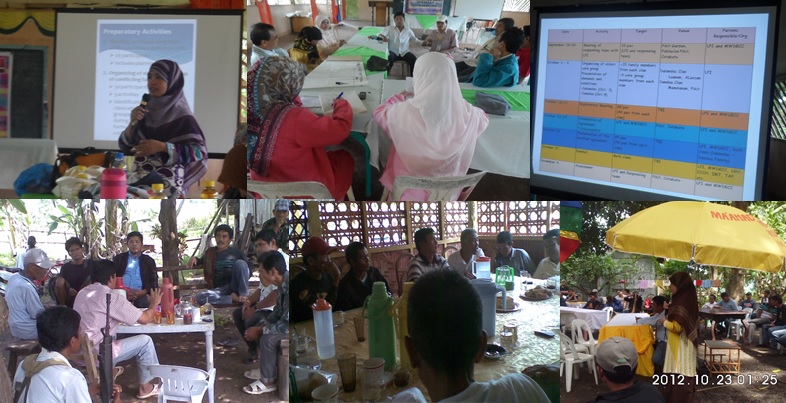