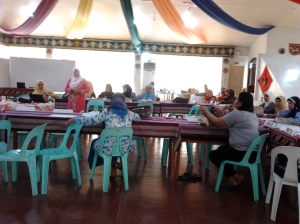 “We call on the GPH to exercise its full authority and consider the creation of a Bangsamoro Sub-state as a solution to address the long standing instability in Mindanao. The Sub-state encompasses the recognition of the rights of all people in Mindanao including the Indigenous People and the Non-Muslims,” they said.